Separating Enemies from their Difficulty

Note from the Author: This exploratory thought piece outlines a problem and doesn’t offer any real solutions. I explore a couple of ideas but don’t expect this article to contain an easy answer for dealing with enemy levels, difficulty, and challenge ratings.

One of the things that always annoyed me about tabletop role-playing games is how enemies are locked into specific power levels. Generally, each type of monster or enemy has a specific level, challenge rating, or other indicators to match the enemy to the party level. From a game management perspective, this makes sense. Your party is X level, so drop in a creature of X challenge rating, and the fight should be fairly matched.

Simple, easy, and boring. What about enemies with unexpected powers, mutations, or deviations? How do you create a “boss” fight when all the enemies are essentially the same? Sure, you could use the base creature and create new versions for each scenario, boosting the “bosses’” stats or creating weaker versions for cannon fodder. In most games, that’s challenging to do and usually a lot of work. What we generally do instead is to use one type of weaker creature for cannon fodder, another creature for the “average” enemy, and then a third type of creature for the boss, if we include one. Mixing enemies this way often makes our dungeons or encounters feel like an odd collection of creatures that may or may not belong together.

Video games often do things differently. They can usually change a few pieces of equipment or clothing, change their abilities, and have a whole new enemy. Due to the cost of creating 3d models and art, many video games create a few models of enemies then scale them as necessary to the player’s current level. Then they make one larger unique version as a boss. Do this a few times, and you have what feels like a cohesive group with a fair amount of variation in abilities and difficulty.

Take a warren of orcs, for example. In most tabletop games, an orc has specific equipment, skills, and difficulty. You can easily change some things (like equipment), but others are harder (like magical abilities) without really understanding the game rules and effects. Add the wrong spell to an orc, and you might make them several levels of difficulty more powerful. In a warren with dozens of orcs, you might expect to find weaker scouts, stronger warriors, a few shamans, and probably some more powerful elites or a unique leader. You might be able to modify an orc to create all these different versions, but that’s a lot of work.

In an ideal world, we would want all of our enemies to add to the overall story and cohesively fit together. It’s generally easy to put several types of undead together and make the adventure feel cohesive, but it’s much harder with most other creatures. That is especially true when you’re limited to the creatures available for a specific level range. In D20, for example, by the time characters reach third level, creatures like orcs, goblins, and kobolds are only viable in large numbers or swarms. Going by the 5th Edition SRD, there are only eleven creatures with a level 4 challenge rating and six with a level 7 challenge rating. Sure, some supplements add more creatures, and you can create homebrew creatures, but you’ll often only find one or two creatures of a specific level range that fit together story-wise.

In an ideal world, the enemies we add to our adventures fit the story.

It would be nice if we could add whatever enemies we want to an adventure and then scale those creatures to be a challenge for the party. Perhaps having all creatures have base stats for low levels that change as the creature becomes more difficult. The way dragons are handled in D&D is an excellent example of this. Dragons are one of the few creatures that can be thrown at a party of almost any level range simply by choosing the correct age group. From wyrmlings to ancient dragons, they are the one standard enemy you can put in specifically for the story and then scale to the party level.

You can also add class levels to most humanoids, but this is frequently problematic. Most systems don’t offer clear guidelines on how class levels translate to difficulty levels, especially when planning encounters with multiple enemies. How many class levels do you add to the orc fighters, rangers, and shaman in an encounter against a party of four characters? Too few and the party barely feels a challenge, but one too many and your players could get slaughtered.

One of the things I particularly liked from D20 / D&D 3rd Edition was monster templates. This idea had a lot of merit, but the creators didn’t take it far enough and abandoned it too soon. If you’re not familiar with monster templates, they are essentially a collection of changes that you can apply to a creature to change its type. You could use an “undead” template to turn a regular orc into an undead orc or a “swarm” template to create a swarm of any small creature. That’s useful to fit a creature in where they may not belong but less helpful in creating variations of a creature that belong together. Maybe half a dozen templates were released with 3rd edition D&D, but they primarily focused only on changing a creature’s type (e.g., aberration, fey, undead, vampiric, etc.).

Templates like that would make it easier to standardize encounters by the number of each difficulty included (e.g., 6-8 minions, four common, two elites, or one boss). Pre-constructed encounters could simply state, “one elite, two commons, and three minions.” If the templates were created properly, it would be simple to design your own encounters and know exactly how difficult the encounter would be. Maybe using some simple conversion math (e.g., 1 boss = 2 elites = 4 commons = 8 minions), you could mix-and-match as desired for the right encounter.

Another option for expanding the template concept is to create templates based on roles. That would be useful for creating dynamic encounters with interesting strategies. It would also help create variations of enemies that appear to work together in a community by filling individual roles. You can often simulate roles by changing out equipment, but that only works for enemies that use weapons and armor. Some possible role templates may look like the following:

Role templates would make it far easier to decide on tactics in an encounter as they fit the concept of character class roles. A couple of ranged enemies in the back, with a support type in the middle and a tank and damage dealer in the lead, makes for a dynamic encounter where the players need to use basic strategy to survive.

One of the ideas I have been toying with is creating an algorithm-based difficulty mechanic more akin to how video games handle difficulty. Using this method, the Game Master would calculate an enemies’ attack bonus, hit points, base defense, base damage, and magic from the party's stats. That would mean that the type of creature (for the most part) would just be flavor, and the actual combat mechanics would be somewhat standardized.

I even started writing up a concept of how this might work, but it quickly grew far more complicated than creating variations of existing creatures. Mostly this is because of all the variables involved in a D20-like system. It also doesn’t account for the unique abilities of particular creatures, which is often what makes them a unique challenge. Still, it’s an interesting idea that I may come back to, as I think it does have some merit for a different type of game.

Many of us spend a lot of time modifying existing creatures (from whatever game system we are playing) to fit into our story and planned adventure. There’s probably a better way of creating a difficulty system to use whatever enemies we want with minimal effort. After all, our time as game masters is better spent creating compelling stories than writing up more stat blocks. 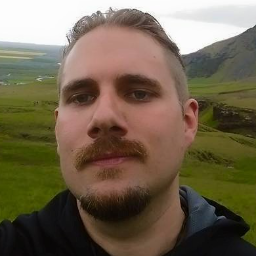 Updates Planned for 2022 and Beyond