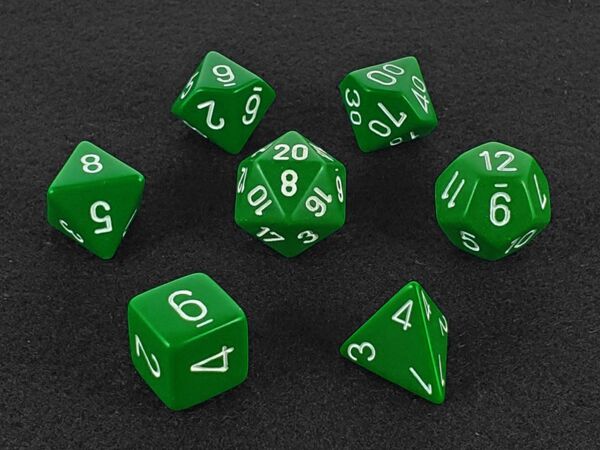 This set of bright green dice are filled with white inked numbers for contrast and clarity. Green is a color of success, so maybe these dice will roll high more often, or perhaps that’s just wishful thinking. Either way, your fellow players will be green with envy when you roll these dice. They can also be used as markers for allies or life counters on a battle grid. The white numbers make these dice easy to read, even from an angle or a distance.