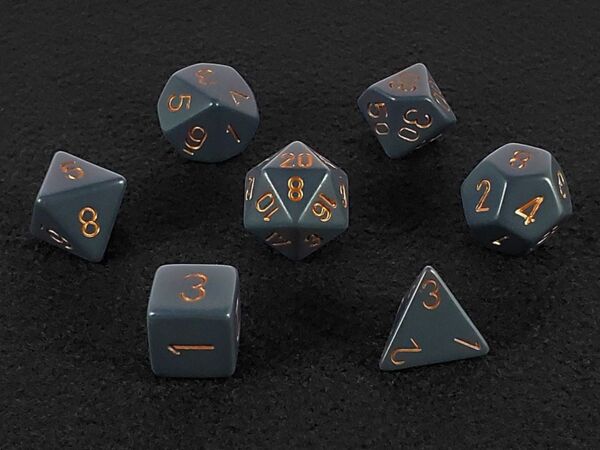 This set of dark-grey dice are filled with copper numbers. The copper color of the numbers evokes the feelings of embers in smoke, making these dice a bit more fiery than their grey color would suggest. Because of the lower contrast of copper on dark grey, these dice may also be a bit harder to read in low light.