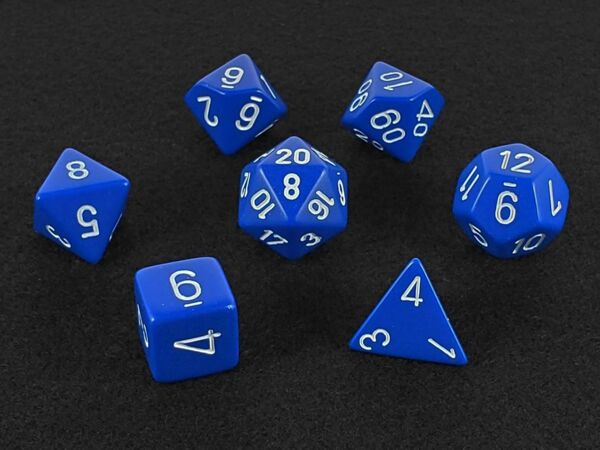 This set of rich blue dice are filled with white inked numbers for contrast and clarity. Blue calls to mind feelings of calmness or serenity and is often described as a peaceful, tranquil, secure, and orderly color. Will this help you with your dice rolls? Probably not, but at least they’ll look good while rolling. The white numbers make these dice easy to read, even from an angle or a distance.